Reflections on The Blue House Studios Concert on May 1st 2016

Sundays Live at the Studio Discussions

Should we talk about our impressions of music we have heard?
Absolutely!
Especially if the point of our discussion is a brand new work that was just performed for us and the performers are still here and willing to take part in the discussion.

During discussion someone asked about the process of musical creation. The discussion turned to the role of inspiration in a creative process.
Does one always have to work only under inspiration or even without such?
How does one create something out of nothing?
What does music do to our mind and soul?

This discussion had an unusual trajectory. We began with the most evident aspect, I.e. the story of the particular musical creation, Pierre and Luce, and then turned to the personal experience of its musical creator, Masatoshi Mitsumoto. How he got inspired. What compelled him to write this piece. We then continued to the primary topic, the love theme, which in turn led us to,discussing the role of the Universe in everything we do.

To me, this is the way a good artwork, a musical one, or any other, should develop. Beginning from a personal impulse, then delving into the ocean of the universal truth. In my opinion, the balance of the these two aspects holds together any great work of art. 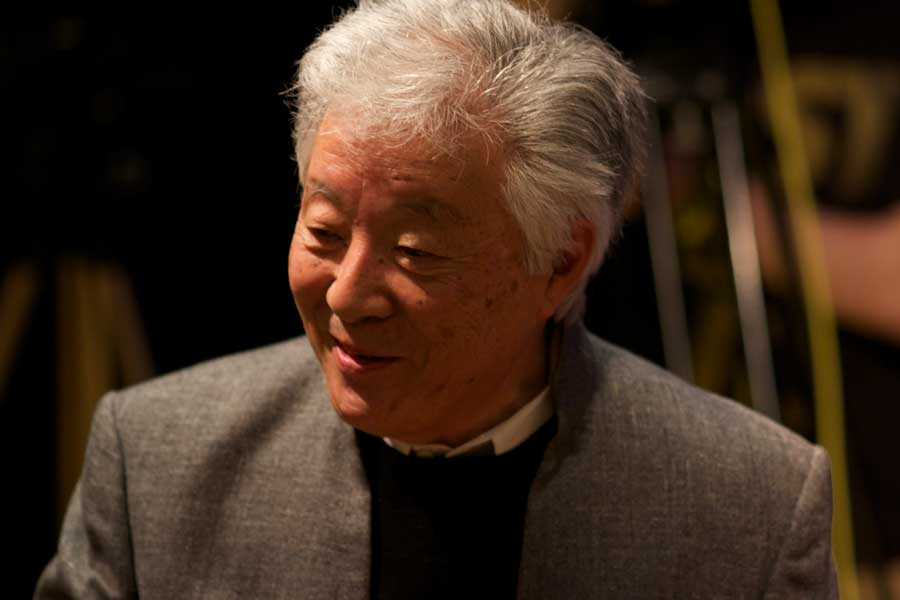 "I am not exactly sure how the story of "Pierre et Luce" came back to my mind when I was thinking of writing a new piece for cello and piano; perhaps because of today's ever ending conflicts between nations and its innocent victims, particularly the young people. Romain Rolland was a pacifist and a committed anti-war activist. His books were widely read (in translation) in Japan's post WW II era. There was even a Japanese movie adaptation of "Pierre et Luce"- now one of the best Japanese classic films of all time, titled "Until the day we meet again". So, I have known the story since 1950's, my High School years.

With a good libretto I believe it's possible to make it into an opera. Since it is not the case here, the music you hear is my impressions of the story. I did not try to depict or narrate the story but to convey their feelings. However, in some sections you could imagine the cello was the voice of Pierre and Luce is responding on piano. But it's not meant to be the role of either instrument.

The work has five short movements. The first, "Dans le Metro" is when they meet, or rather noticed each other, on the subway train. The second, "The young lovers" is self explanatory. The third, "Tête-à-tête" is more of the dialogue between them, talking about the hope, anxiety, and above all expressing their love to each other. The short forth movement "Pause" is a moment of reflection which leads into the last movement without pause. The fifth movement,"Finale" could be named "The Saint-Gervais Church" because that where they were last together praying when the German long-range siege gun (Paris Gun) shelled the church and the massive pillars fell on them instantaneously.

This incident actually happened on March 29, 1918 killing 91 people and 68 were wounded, which inspired Rolland to write the story.
Just about one hundred years later, war still goes on." 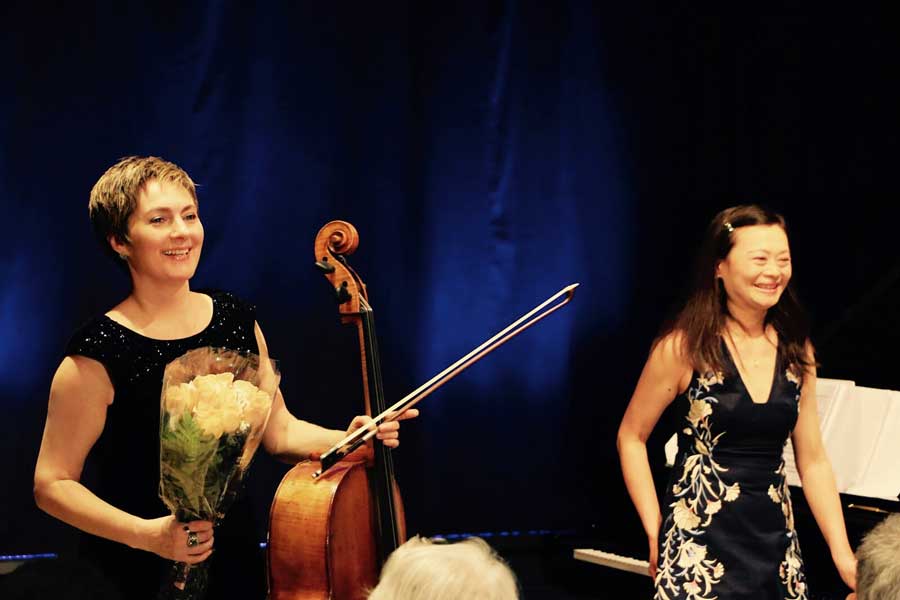 Composed during summer of 2015, this cello and piano duet was conceived as a short signature piece for myself and my duo partner Pi-Hsun Shih.
The idea of the three musical pitches ( f-d-a ) holding the work together appealed to me. I thought of creating a minimalistic toccata which we would then be used as an encore during our performances, sort of a group's signature piece.

Not unlike the nosy marionette Pinocchio, this composition seemed to have the mind of its own right from the very start. It began to self-create and had eventually turned into a rather substantial work which combined various musical languages.

I am constantly inspired by the Sufi masters. The rhythmical and harmonic structure in this work are informed by Sufism, whereas the long melodic lines of the middle section bear Russian influence.

I am very grateful to Pi-Hsun Shih for her valuable suggestions during my working on the Fa-Re-La.

Thoughts from an audience member:

Cliick on an image to read the letter